There has never been a better time to start a career in financial advice.

The Financial Advice profession is sometimes called the “unknown” profession.  For many high school student and university graduates, there is a complete lack of awareness about financial planning as a career.  With no clear and reputable pathway to the profession until recently, it was a confusing journey to navigate.  When coupled with corporate greed and contempt for clients highlighted by the Hayne Royal commission, the profession has a major trust deficit.  No right-minded parent would be recommending their children pursue such a career.

But, ironically, these are the exact reason why now is the perfect time for high school students, university graduates and career changes to pursue a career as a Financial Planner.  Many Advisers are leaving the industry, and the reality is that the need and demand by clients for quality financial advice will not diminish. In fact, it will increase – with COVID-19 implications, changed working conditions, and the challenges of recession.

But how do you become a Financial Planner?

Anyone wanting to pursue a career in financial planning (known as a “New Entrant”) must enter via one of a few pre-determined education pathways:

All pathways also require a New Entrant to complete a Professional Year Program and pass the national FASEA Exam before being registered on the ASIC Financial Adviser Register as a Financial Planner. Let’s explore each of these pathways using a real-world example.

Jacqui was a good student in high school and achieved an ATAR of 95.  The subjects she excelled in were maths, english, economics and legal studies.

Jacqui is highly analytical, good at writing essays and reports, and is caring in nature.  Her parents would like her to use her high ATAR to enrol in a Law Degree.  However, Jacqui has decided not to pursue a career in law as she has some family friends who are lawyers and feels the work-life balance does not suit what she wants in her life.

Jacqui considered accounting, marketing, and financial planning as three possible career paths.  Ultimately, Jacqui decided to pursue a career in financial planning.  The reason was simple – a few years ago, Jacqui’s uncle suffered a stroke and was unable to work.  He had a financial planner who had arranged personal insurances for her uncle prior to the stroke.  As a result, her uncle and his family were looked after financially, and her uncle was able to focus on getting better.

The financial planner was actively involved in helping her uncle make the insurance claim and working out the financial implications.  Jacqui never forgot this and came to realise that this level of positive impact on another person’s life is something she wanted in her choice of career.

So, Jacqui decided to complete a Bachelor of Commerce (major in financial planning).  The degree was a FASEA approved program, and she understood the remaining hurdles she would need to complete before becoming a Financial Planner were:

How did Jacqui move from study to a career?

Steve went to school with Jacqui, although they had a different circle of friends.  Steve liked school and was happy with his final years’ effort, although his ATAR score (70) was not enough to pursue any degrees that were of interest to him.

Feeling a little burnt out after high school, he decided to get a full-time job while he worked out what he “wanted to do with his life”.  A family friend was a Financial Planner who had his own practice and was looking for a Client Services Officer (CSO).  Steve took the job thinking it would be a good way to earn some money while he figured his life out.  His starting package was $50,000 (including superannuation).

After six months in the role, Steve developed a keen interest for financial planning as a career.  He liked the fact you could help ordinary people manage very complex situations and build a profitable business around it.  Steve also noticed that office hours were 8.30am to 5.30pm and there were no after-hours work commitments.  It seemed to be a career that offered a good work-life balance and promoted ongoing learning through Continuing Professional Development (CPD).

After a conversation with his boss, Steve decided to complete a vocational qualification called the Diploma of Financial Planning offered through a Registered Training Organization (RTO). It was a twelve-month program, delivered online with optional face to face sessions, and it would give Steve an insight in to whether financial advice was the career for him.  As Steve’s highest qualification was his High School Certificate, he was eligible for Government Funding, so the Diploma course did not cost him or his employer anything out of pocket.

Steve completed the Diploma of Financial Planning in 12 months and was 19 years of age when he graduated.  He enjoyed the studies and so his boss suggested he complete the Advanced Diploma of Financial Planning.  Once again, given it’s a vocational qualification, he was eligible for Government funding and the course did not cost him or his employer anything out of pocket.  The course duration was twelve months.

Steve completed the Advanced Diploma in twelve months and was 20 years of age when he graduated.  At this stage, he was offered the role of Associate Adviser in the practice on a salary package of $65,000 (including superannuation).  Steve indicated he wanted to take a six-month career break to travel Europe with some friends, so he and his boss mapped out a career plan for when he returned.  Steve would be 21 years old when he returned

Mark was a Manager at a large Theme Park.  With the onset of COVID-19, the tourism industry was heavily impacted, and he was made redundant.

Mark loved his job and enjoyed helping people get the most out of the experience at the theme park.  Mark had entered the industry 10 years earlier from university after completing a Bachelor of Arts.  During his time with the Theme Park, he was constantly learning and broadening his skills set and was highly proficient with financial statements and had excellent interpersonal communication skills.

At a friend’s BBQ shortly after being made redundant, he was speaking with someone who, upon hearing his skill set, suggested Mark might consider a career in financial planning given he was good with numbers and enjoyed dealing with people.

Mark investigated the requirements of becoming a Financial Planner as a career changer and discovered he must:

Mark was willing to do this.   He approached recruiters, as well as financial planning firms in his local area.  His persistence paid off as he was offered a part-time role as a Client Services Officer (CSO) with a local firm. The owner of the practice said he was willing to take a chance on Mark because of his skills set, his maturity and, should things go well, a possible option to purchase equity in the business overtime as a gradual succession plan.

Mark and his boss then mapped out a plan which involved the following:

Mark and his boss agreed that after one year’s full-time employment with the firm, they would discuss a possible business succession plan to be executed over a ten-year period.

Which is the best way to skin a cat?

No one pathway is better than another.  They are all designed to meet the differing needs of individuals in different circumstances.

In reviewing the pathway options, it is important to consider the resultant position each creates.

What does the above table tell us?

This would then bring the debt levels of Steve and Mark in line with one another.  Jacqui’s education debt remains the highest.  All debt levels would be repayable under the HECS or FEE-HELP schemes.

Financial planning is a personally fulfilling and financially rewarding career.  Being a financial adviser combines an interest in law, with a passion for numbers, and a personal desire to help ordinary Australians understand the sometimes-complex world of finance.

Almost every working Australian has a superannuation fund which, for many, becomes the second biggest asset over their lifetime.   Financial advice is crucial to helping people manage and maximise the benefits from this, and to provide a safety net in retirement.

The attractiveness of a career in financial planning lies in its broad societal need and beneficial impacts.  Much of what a practitioner does is centred around about helping people, based on a blend of professional expertise and common-sense.  It’s not an adversarial setting like law, and it does not involve constantly dealing with sick or injured people like medicine. It’s arguably more exciting than accounting, and as personally rewarding as teaching or nursing.

Financial planning offers excellent remuneration, the ability to be intellectually and personally challenged, great working hours, lifestyle balance, a career as a Professional, and for those seeking something more, the ability to one day start your own Practice.   When compared to other professions (such as Law, Accounting, and Medicine), financial planning offers an exceptional career on so many levels. 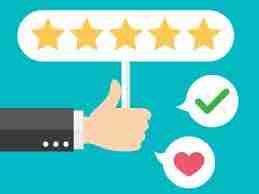